Around 200 cyclists rode through the factory hall in Hagen-Fley, Germany

The “Tour der Hoffnung” (“Tour of Hope”) – a charity cycling event for children and young people suffering from cancer – once again made a stop at Waelzholz this year. On Saturday, August 17, 2019, the cyclists began their last stage of the tour at the company’s headquarters in Hagen, Germany. This was the third time since the beginning of the event in 1983 that Waelzholz’s site was included as a stop on the annual tour.

After a brief introduction by the famous figure skater Marina Kielmann, Dr.-Ing. Hans-Toni Junius, CEO of the Waelzholz Group, welcomed the participants and presented the donation. This year, Waelzholz is supporting the “Tour der Hoffnung” with a total donation of 26,000 euros. This impressive sum had been collected at the company’s traditional tennis tournament, a benefit concert, and during other events at Waelzholz. All of the donations collected in Hagen will go to the Clinic for Children’s and Adolescent Medicine at the general hospital in Hagen to create an Internet-based communication facility for children with cancer.

As a special highlight, the benefit cyclists crossed through one of Waelzholz’s factory halls at the beginning of their final stage. On this Saturday morning, almost 200 participants, including Dr. Junius, who has supported and participated in the charity event for many years, as well as five other Waelzholz employees, pedaled across the production floor where normally steel strip is rolled and annealed. Afterwards, the participants continued on to the next stop, the Hagen City Hall. 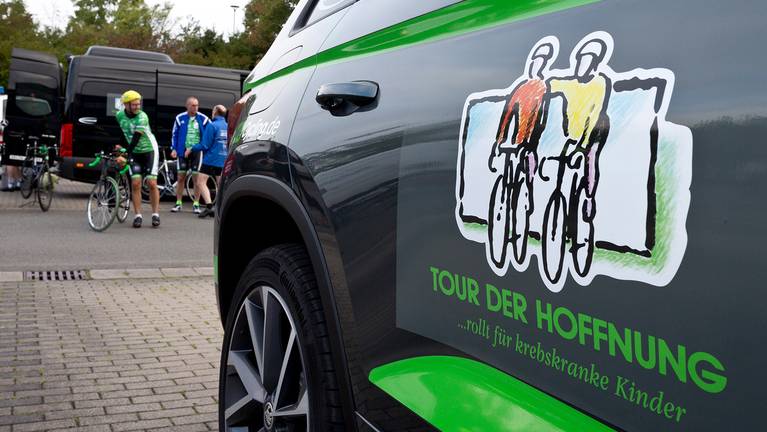 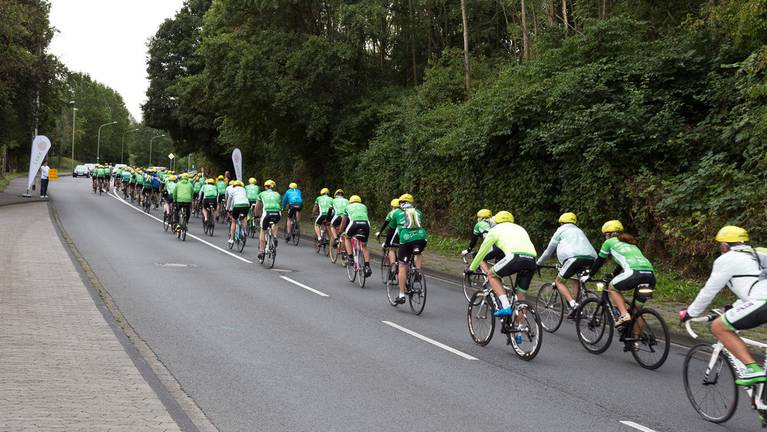 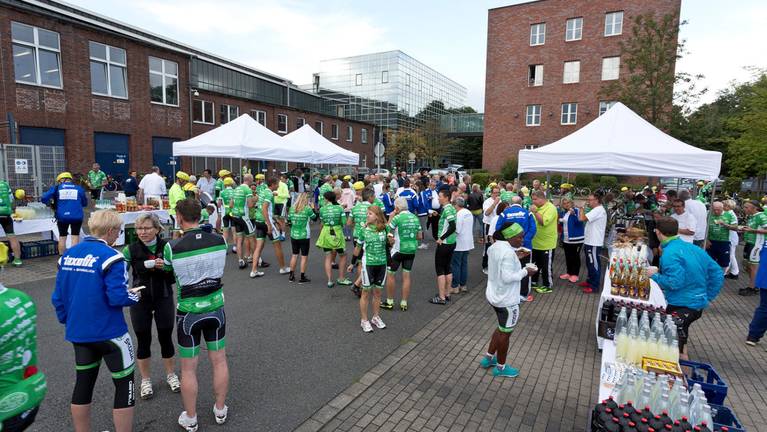 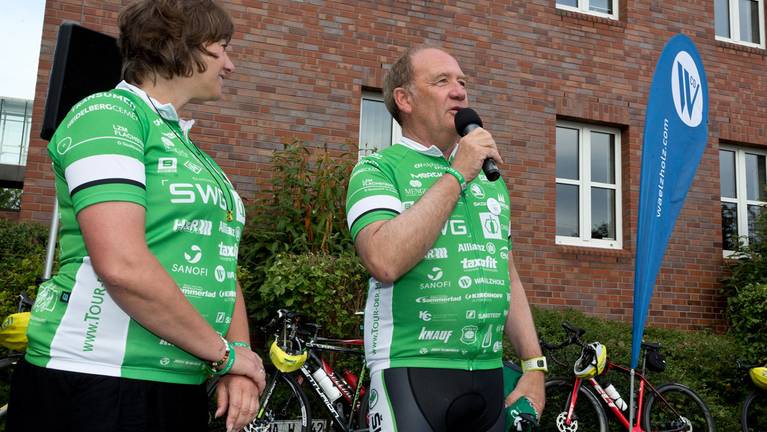 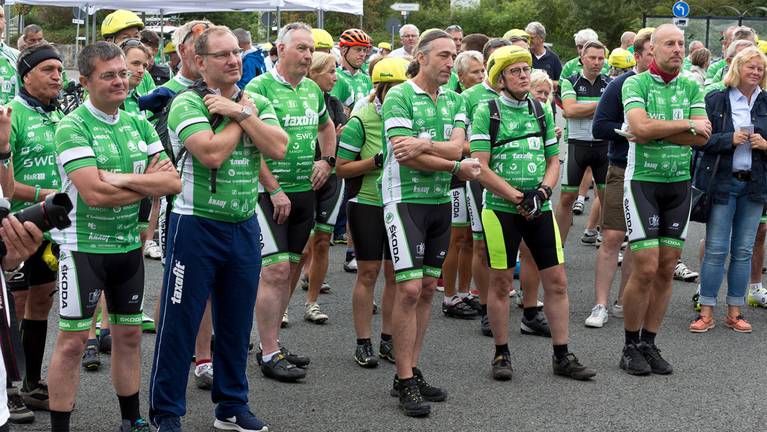 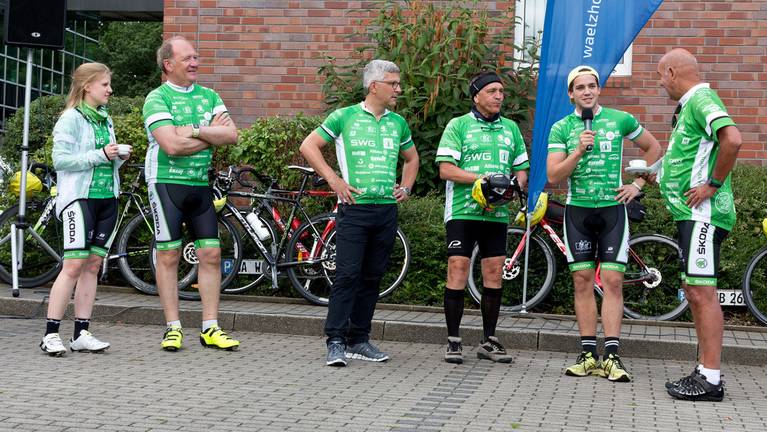 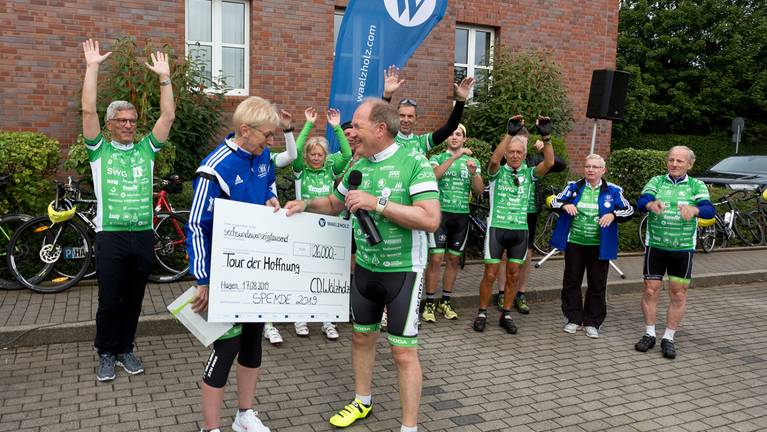 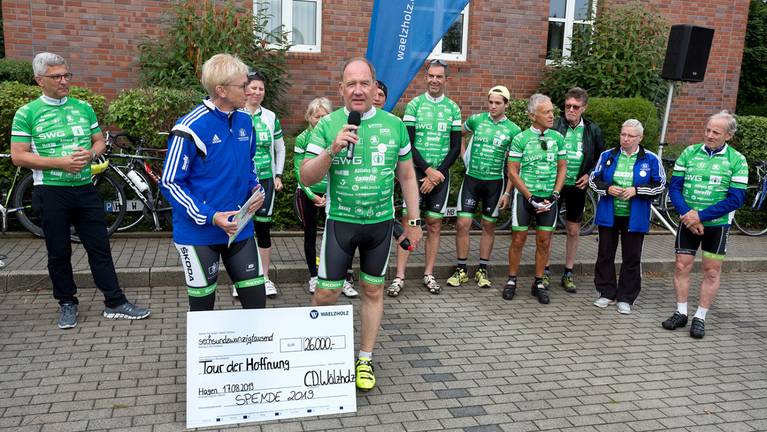 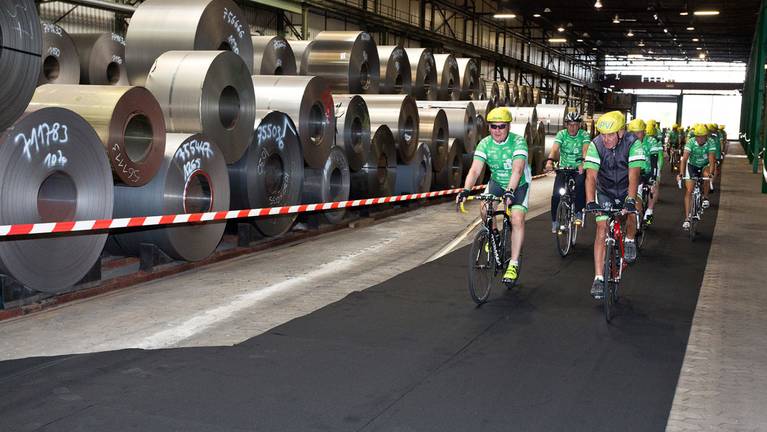 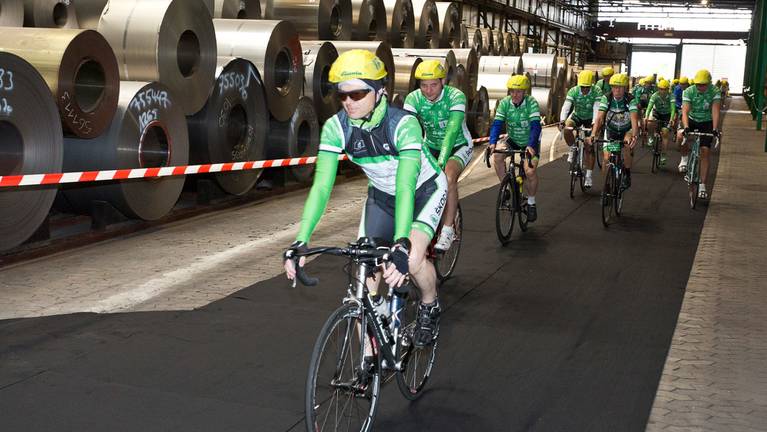 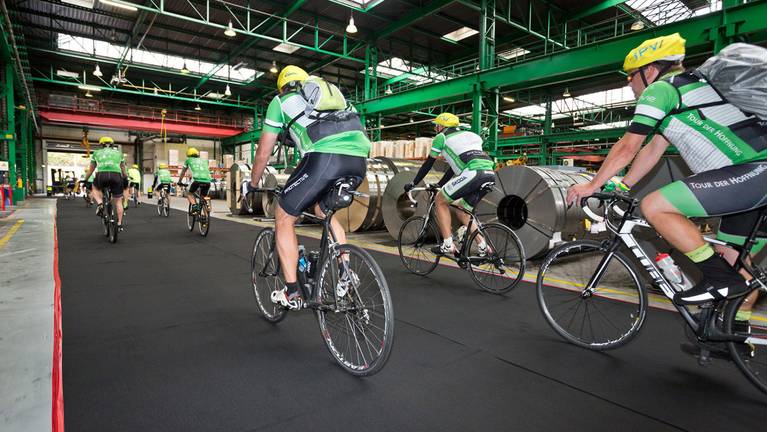