On July 1, 2021, Henrik Caspar Junius joined the Waelzholz Group’s Executive Board, heralding an upcoming transition from one generation to the next. Junius is now the 7th generation of the founding family to take on a position as a senior executive at the company. From now on, Junius, who holds a master’s degree in industrial engineering, will be responsible for Production, Production Planning, Process Development, and IT at the company.

Having a close connection to Waelzholz since his childhood, Junius is looking forward to his new responsibilities on the company’s Executive Board. “Waelzholz is defined by its technological expertise, tremendous innovative ability, and the culture of a mid-sized, family-owned company. This combination is what makes us special and successful. I am delighted to be able to contribute to the long-term and sustainable development of Waelzholz as part of the executive team,” he reports.
In his new role on the Executive Board, the 35-year-old’s focus will be on further digitizing business processes and driving advancements in process automation. “Industry 4.0 is now entering a period of acceleration. Being well positioned in this regard plays a key role in securing competitive advantages. For Waelzholz, digitization presents outstanding opportunities to make processes even more efficient and to achieve further advances in system and process automation. Our objective must be to use resources efficiently and effectively and to implement new ideas more quickly,” Junius explains. When it comes to tomorrow’s success, the new member of the executive team sees the greatest challenge in making the right product development decisions, especially in light of Waelzholz’s international focus. “In this context, bringing the people involved to the table and collaborating in an interdisciplinary manner as well as across locations is the key to success,” he explains.

Experience along the steel value chain

The son of Dr.-Ing. Hans-Toni Junius has been working for Waelzholz since March 2018. Since joining the company, he has been responsible for wide strip production as plant manager at “Plant North” and “Plant South” in Hagen, Germany, and most recently also at the Oberkochen plant in Germany. “The production of cold rolled steel strip has always fascinated me. I became familiar with the steel at the atomic level while studying at university, and there I was able to significantly expand my previously existing knowledge. Today, I’m excited to put this knowledge into practice in real-world applications,” Junius says. That is why already in his master’s thesis, he examined systematic quality deficiencies in steel production in a real-world context. While working on his thesis at Benteler Steel/Tube GmbH, he helped optimize processes for semi-finished products used in airbag production.
After earning his degree, Junius was initially responsible for the coupled pickling line and tandem mill at ThyssenKrupp AG. In this way, he gained experience at companies which, like Waelzholz, are also active along the steel production and processing value chain.

Connected to the company from childhood

“Waelzholz was a large part of my life, even during my childhood and adolescence,” he reports, who from a very young age occasionally accompanied his father on Saturdays when he went to the plant. And when his father, Dr.-Ing. Hans-Toni Junius, took him along during his rounds across the production floor, he collected pusher seals and other things that seemed exciting at that age. “Later, I spent my vacations working on our tandem rolling mill, at the Waelzholz Service Center in Iserlohn, Germany, or even at our locations abroad. This gave me a first impression of the technology, which fascinated me tremendously even then, and sparked my interest in my degree program,” Junius explains. During his summer jobs and later student internships, he not only became familiar with Waelzholz’s technical processes and steel materials, but also got to know people from different cultures. Thanks to his excellent English and Portuguese language skills, he found it very easy to build relationships at the foreign locations. “I have a great appreciation for the people here. I’ve always found the way people at the company interact with each other to be very much like a family. This also includes the collaboration between colleagues, which helps us all get ahead together. It never ceases to impress me how everyone works together constructively, even in difficult and challenging times. That is one of the Waelzholz Group’s greatest strengths, and one that we will continue to place considerable emphasis on in the future,” says Junius, summing up. 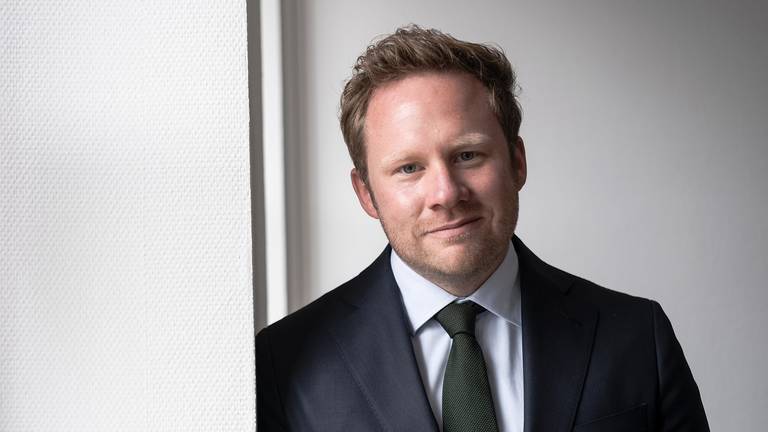 Henrik Caspar Junius is now the 7th generation of the founding family to take on a position as a senior executive at the company.